On March 22, 2020 the Clermont County Sheriff’s Office was contacted about a human skull being located by an individual looking for deer sheds in a wooded area of Williamsburg Township, Clermont County (OH).  Subsequently, an extensive search of the area was conducted and additional human remains were located over a three day period.  The skull was collected and sent to the Hamilton County Coroner’s Office for examination and identification.  Using a Forensic Dental Consultant, the remains were positively identified as Paige Johnson, a 17 year old female reported missing to the Covington (KY) Police Department on September 23, 2010.

Jacob Bumpass was taken into custody without incident on a traffic stop at 12:58 pm in Hamilton County Ohio. Bumpass is currently being transported to the Clermont County Jail.

“Working on the original search at East Fork Lake in 2010,  and following this case for 10 grueling years, I am thankful that my Office was able to work in conjunction with the Covington Police Department to bring Bumpass to justice. It is my sincere hope that this helps bring a sense of closure to the family of Paige Johnson.”  Sheriff Robert S. Leahy

Bumpass is currently being held in the Clermont County Jail without bond. He will appear before Judge  Anthony Brock  for an arraignment hearing at 10 am on Wednesday July 29, 2020 in Clermont County Common Pleas Court

A press conference will be held at the Kenton County Administration Building, located at 1840 Simon Kenton Way, Covington, KY 41011, today at 3:30pm.

Bumpass arrived and was processed into the Clermont County Jail at 2:15pm today. 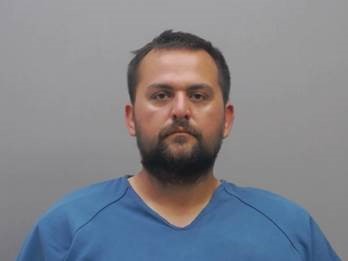