On August 17, 2021 the Clermont County Grand Jury returned an indictment on James Tackett Jr. of Monroe Township for one count of Felonious Assault, a felony of the second degree and one count of Endangering Children, a felony of the third degree. This investigation stemmed from a 911 call on June 19, 2021 for a 2 year old child not breathing at a residence located in the2100 block of SR 125, in Monroe Township. Tackett initially reported to responding deputies that he was caring for his girlfriend’s 2 year old daughter while she was at work and the child slipped and fell while running across the kitchen floor after getting out of the bathtub. Tackett stated that the child was unresponsive when he found her. Tackett called the mother and requested that she return home from work due to the child’s condition.  When the child’s mother arrived home, she called 911 and requested EMS.

Detectives from the Clermont County Sheriff’s Office responded to the scene to process and interview person(s) involved in the incident. Tackett denied causing injury to the child when questioned. This resulted in a two month long investigation concluding with physicians at Cincinnati Children’s Hospital determining that the child’s injuries were consistent with “Serious inflicted trauma not consistent with a household injury.”

Tackett was taken into custody without incident today by Sheriff’s deputies.

Tackett is currently being held in the Clermont County Jail without bond. He will appear before Judge Haddad for his arraignment at 10:00 am on Wednesday August 18, 2021 in Clermont County Common Pleas Court. 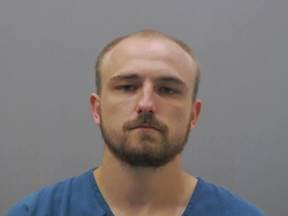