On October 6th , 2022 at 3:15pm the Clermont County Sheriff’s Office Investigative Unit was contacted by Clermont County Children’s Protective Services who reported that a 3 week old male had been transported to Cincinnati Children’s Hospital by Central Joint Fire and EMS due to significant leg swelling.  After medical staff examined the infant and ran numerous tests, it was determined he had several fractures to the head, ribs, arms, and legs that required the immediate admittance to the ICU for treatment.  Detectives from the Sheriff’s Office responded to Children’s Hospital to interview the parents in an effort to determine the cause of the child’s injuries and where they occurred.

Physicians at Children’s Hospital determined the injuries sustained by the child were “non-accidental trauma related.”

After detectives spoke to the father, Cameron Rush, it was determined that the child lives in the apartment complex located at 42 Lucy Run Road in Batavia Township, Clermont County, and the injuries were sustained within the residence.  Sheriff’s Office detectives drafted and executed a search warrant at residence and processed the scene.  Cameron Rush was interviewed by detectives and admitted to being the person responsible for the injuries to his child, which occurred days prior to the infant being taken to Children’s Hospital.

Rush was taken into custody today by Clermont County deputies at Children’s Hospital without incident.  Rush was transported to the Clermont County Jail and is currently being held without bond.

Rush is scheduled to appear in Clermont County Municipal Court on October 12th, 2022 at 10am for his arraignment.

This investigation remains ongoing and will be reviewed in its entirety with the Clermont County Prosecutor’s Office for consideration of additional charges to be presented to a Grand Jury. 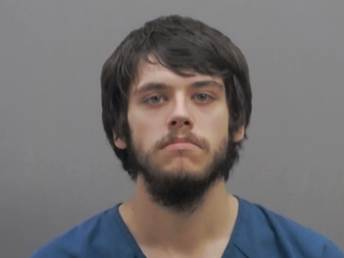