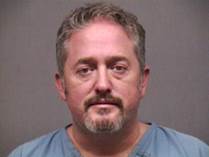 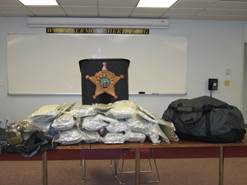 On December 8th, 2016, the Clermont County Narcotics Task Force finalized a three month long investigation which identified Miller as a major supplier of marijuana to Clermont County as well as numerous states throughout the country. Narcotics agents executed search warrants at Miller’s residence in Pierce Twp., as well as two storage facilities in Union Twp. Agents seized 60 pounds of marijuana which Miller intended for distribution. Additionally, agents seized $56,961.00 in US currency.

Miller appeared for arraignment at 8:30am on 2/10/17 in a Clermont County Common Pleas Court, where his bond was set at $200,000.00. Miller is currently being held in the Clermont County Jail, and will return to court on 2/13/17 at 8:30am for a bond review. This investigation is ongoing with additional arrests of co-conspirators anticipated. Sheriff Leahy commented “I am extremely proud of the exceptional networking our Narcotics Task Force displayed during this investigation which involved communities and jurisdictions on the west coast.”