Amelia man arrested and charged with Felonious assault after a shooting which stemmed from a verbal dispute in Monroe Township, Clermont County Ohio.

On July 22, 2022, at 11:32am, The Clermont County Communications Center received a 911 call from a resident in the 2200 block of SR 125, Monroe Township, reporting a shooting incident at her residence. Caller reported that a male subject who “stays” at their residence was outside shooting at a second male.  Deputies from the Clermont County Sheriff’s Office arrived on scene at 11:40am and discovered a male with a gunshot wound to his chest and were told that the suspect had fled the scene in a vehicle.  A vehicle description was obtained by deputies on the scene and broadcasted countywide by dispatch.

Monroe Township EMS respond to the scene at 11:51am and requested AirCare for the shooting victim, who was identified as George Johnson, age 56.

Johnson was transported via AirCare to University Hospital 12:26pm, where he was taken into surgery with what is described by medial staff as “life-threatening injuries.”

Sheriff’s Office Detectives and Crime Scene Unit responded to process the scene and interview witnesses to the shooting.

At 11:52am, Pierce Twp. Police Department stopped the suspect vehicle at the intersection of Amelia Olive Branch Rd and Old SR 74 in Batavia Twp. The suspect was alone at the time of the traffic stop and was taken into custody without incident. The suspect was transported to the Clermont County Sheriff’s Office where he was positively identified as Shamek Shron Berry, age 32.

Berry was charged with one count of Felonious assault, a felony of the second degree.

Berry is currently being held in the Clermont County Jail without bond and will appear for his arraignment in Clermont County Municipal Court, Monday July 25th, 2022 at 10am.

This investigation remains ongoing and will be reviewed in its entirety with the Clermont County Prosecutor’s Office for presentation to the Grand Jury. 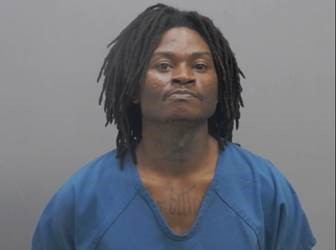