On December 22, 2020 the Clermont County Grand Jury returned an indictment on Joshua L. McClanahan of Pierce Township for one count of Murder, an unclassified felony.  Thisindictment stems from a felonious assault investigation involving a 1 year old child, which occurred in June of 2010 at 7 Lori Lane, Amelia Ohio 45102. The incident resulted in a multi-jurisdictional investigation which included Amelia and Pierce Township Police , the Clermont County Sheriff’s Office and the Ohio Bureau of Criminal Investigation & Identification. Attending physicians at Cincinnati Children’s Hospital determined that the child’s injuries were consistent with “Shaken Baby Syndrome,” which McClanahan eventually confessed to detectives. McClanahan was indicted on June 23, 2010 for one count of Felonious Assault and Endangering Children both felonies of the second degree. McClanahan entered a plea of guilty to felonious assault on December 22, 2010 and was sentenced by Judge Victor Haddad to eight year prison, the maximum of term allowed.  McClanahan was released on May 19, 2018 on post release control. At the time of sentencing the prosecution reserved the right to bring additional charges in the event of the child’s death.

Over the course of ten years following the assault, the child required constant care, and endured over twenty extensive medical procedures. On November 25, 2020 the now 11 year old male passed away at his home, which is located in the 1600 block of Ohio Pike, Pierce Township, Clermont County.

The child’s death was determined by Clermont County Coroner, Dr. Brian Treon, to be a direct result of medical problems stemming from the original injuries he sustained in 2010.

McClanahan was arrested on the indictment and is currently being held in the Clermont County Jail without bond. He will appear before Judge Anthony Brock  for an arraignment hearing at 10 am on Wednesday December 23, 2020 in Clermont County Common Pleas Court 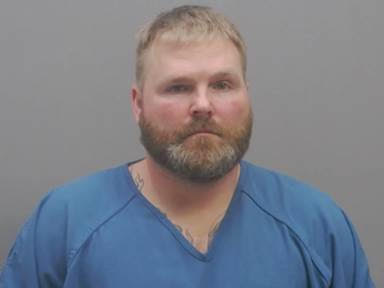