Throughout September and into October, a number of local convenience stores in Clermont and Hamilton County were forcibly entered with large amounts of cigarettes and tobacco products taken.
Areas impacted were:  Jackson Twp.- US 50,  Ohio Twp.- SR 132,  Monroe Twp.- SR 232, and Anderson Twp. Hamilton County- SR 32.

Clermont County Sheriff’s Deputies have taken breaking & entering reports from stores in Jackson, Ohio, and Monroe Townships. Property taken included large amounts of cigarettes, with a total value over $16,000, only some of which has been recovered. 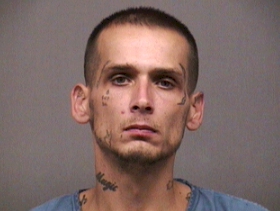 The investigation is continuing to determine if other stores are involved.  Both arrested subjects are confined in the Clermont County Jail.