Washington Township Man Indicted by a Clermont County Grand Jury for his involvement in a Missing Persons case.

On January 23, 2022, the Brown County Sheriff’s Office initiated a Missing Person(s) report on Roger “Shane” Bruce who left his residence in the 1100 block of Skiffsville Rd. in Brown County.  The family reported him missing afternot hearing from Shane for two days.

Detectives from the Clermont County Sheriff’s Office became involved and have worked in conjunction with Brown County Detectives based on a 911 call which alleged Bruce was last seen in Clermont County on January 21, 2022on Laurel Point Isabel Rd in Washington Township.

Zachary Scott called the Clermont County Communication Center via 911 on January 21, 2022 at 9:47pm, claiming that Bruce was unresponsive in a vehicle.  Scott reported to dispatch that Bruce had overdosed on drugs and that he administered one dose of Narcan to Bruce.  Scott then disconnected the call with the dispatcher.  The Communication Center called Scott back and he advised that Bruce fled the area in his vehicle after he regained consciousness,resulting from the use of Narcan.

Clermont County deputies patrolled the area and were unable to locate a vehicle matching the description provided, nor could they locate Scott or Bruce.

Detectives from the Clermont County Sheriff’s Office interviewed Scott on January 24, 2022 at which time Scott changed his version of the events and his involvement with Bruce, which led to Scott being charged with Obstructing Official Business and Falsification.

On February 15th, 2022, while serving a 60-day sentence after pleading guilty to the Falsification charge,  Scott requested to speak with Detectives.  Scott provided another possible location for Bruce, which again was searched and was discovered to be misleading. Scott was again charged with Falsification and Tampering with Evidence.  He subsequently pled guilty to two counts Falsification and was sentenced to an additional 200 days in the Clermont County Jail, where he remains incarcerated.

Since January, Detectives from the Clermont County Sheriff’s Office have searched multiple areas throughout Washington Twp. provided by Scott.  Detectives have followed up on every tip provided and have conducted numerous interviews with people believed to have information about Bruce’s whereabouts.  Detectives have utilized the Sheriff’s Drone Unit, Bloodhound Unit, and Cadaver K9 units from ODNR.  Additionally, Sheriff’s Deputies assigned to Task Force One Dive Team have patrolled waterways bordering Washington Township.   All efforts to this point have been unsuccessful in determining Bruce’s whereabouts.  All efforts described above have been shared with the family as well as with the investigating agency, the Brown County Sheriff’s Office.

On Saturday June 25, 2022 Texas EquuSearch- Search and Recovery Team Midwest Division worked with family members and the Clermont County Sheriff’s Office to conduct a search of numerous areas throughout Washington Twp., Clermont County with the hopes of finding Bruce, however this effort was also unsuccessful.

To date there has been no new information as to the whereabouts of Shane Bruce.  This investigation remains ongoing.

Zachary Scott is scheduled to appear for his arraignment at the Clermont County Common Pleas Court in front of Judge Richard Ferenc on September 2, 2022 at 10am. 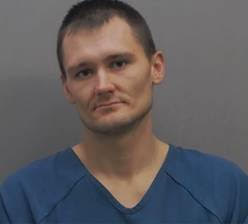