On January 18th at approximately 1015 a.m. to 1115 a.m., a proactive search for contraband / drugs was conducted throughout the entire facility. A total of (9) canines were utilized in a collective effort to find contraband within the facility.

– Every housing unit, cell and bunk area was searched within the facility, to include CASC (Community Alternative Sentencing Center). Numerous storage areas, supply and cleaning closets that inmate workers have access to, were also searched.

– No illegal narcotics or contraband was located 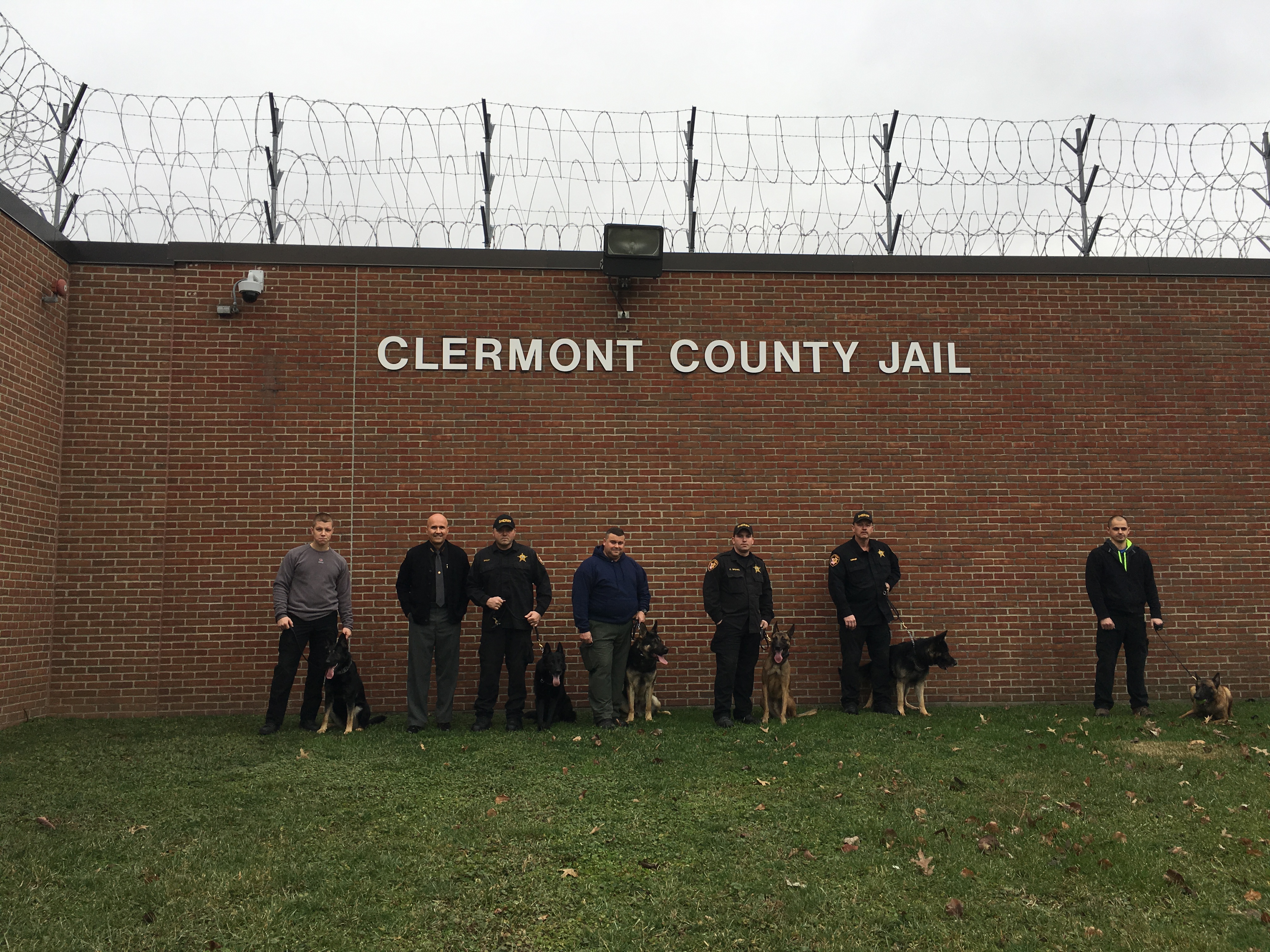 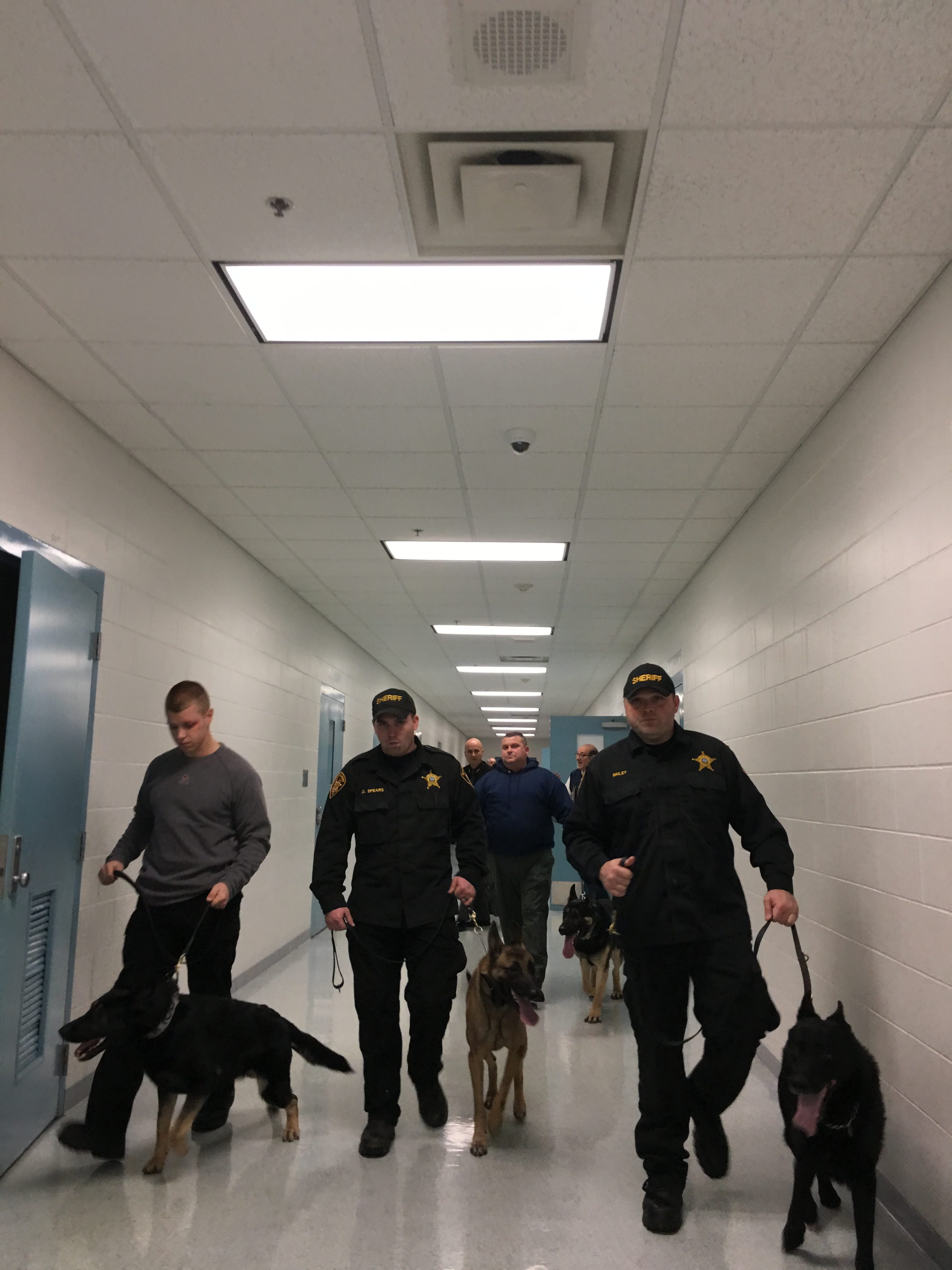 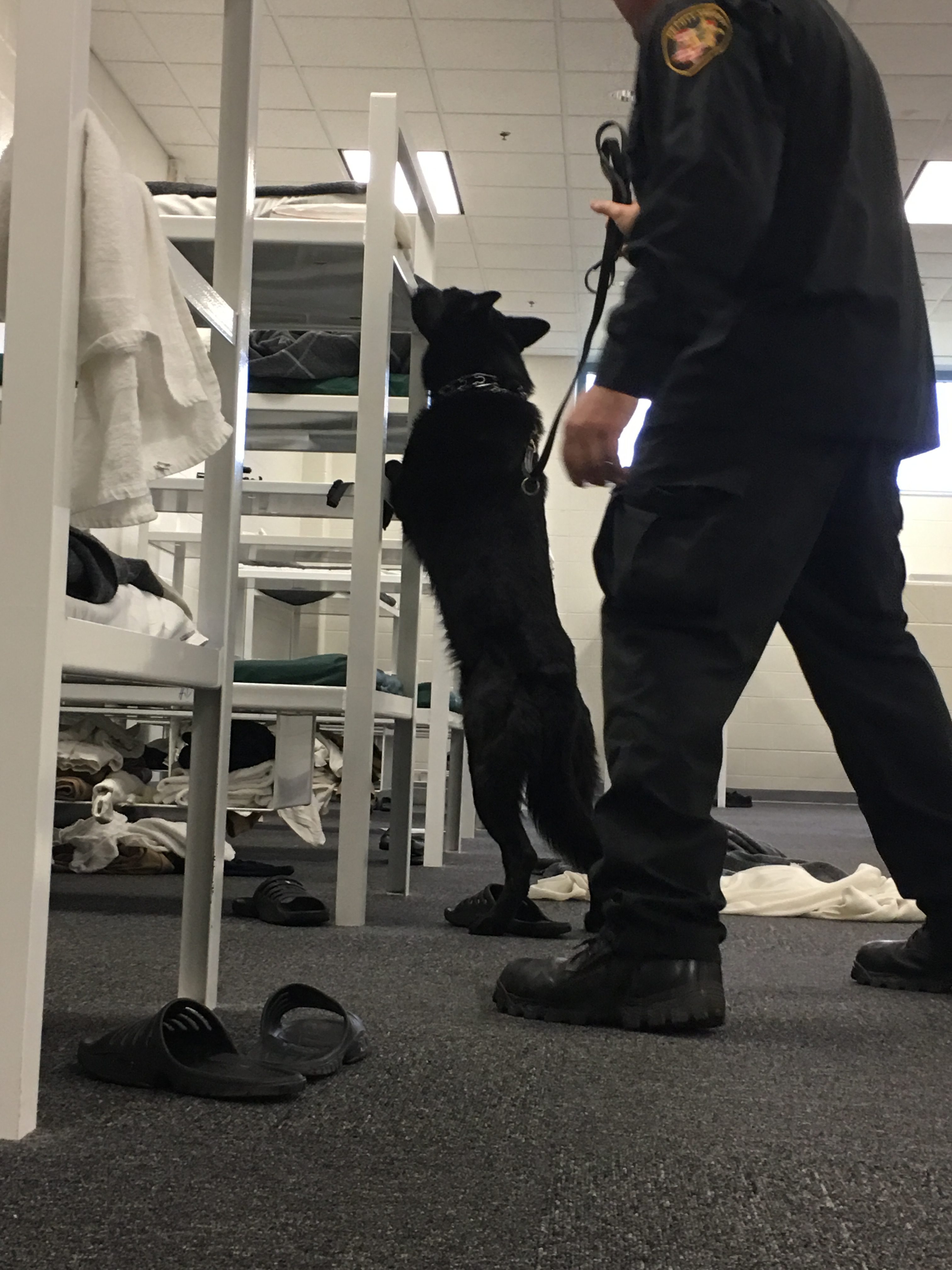 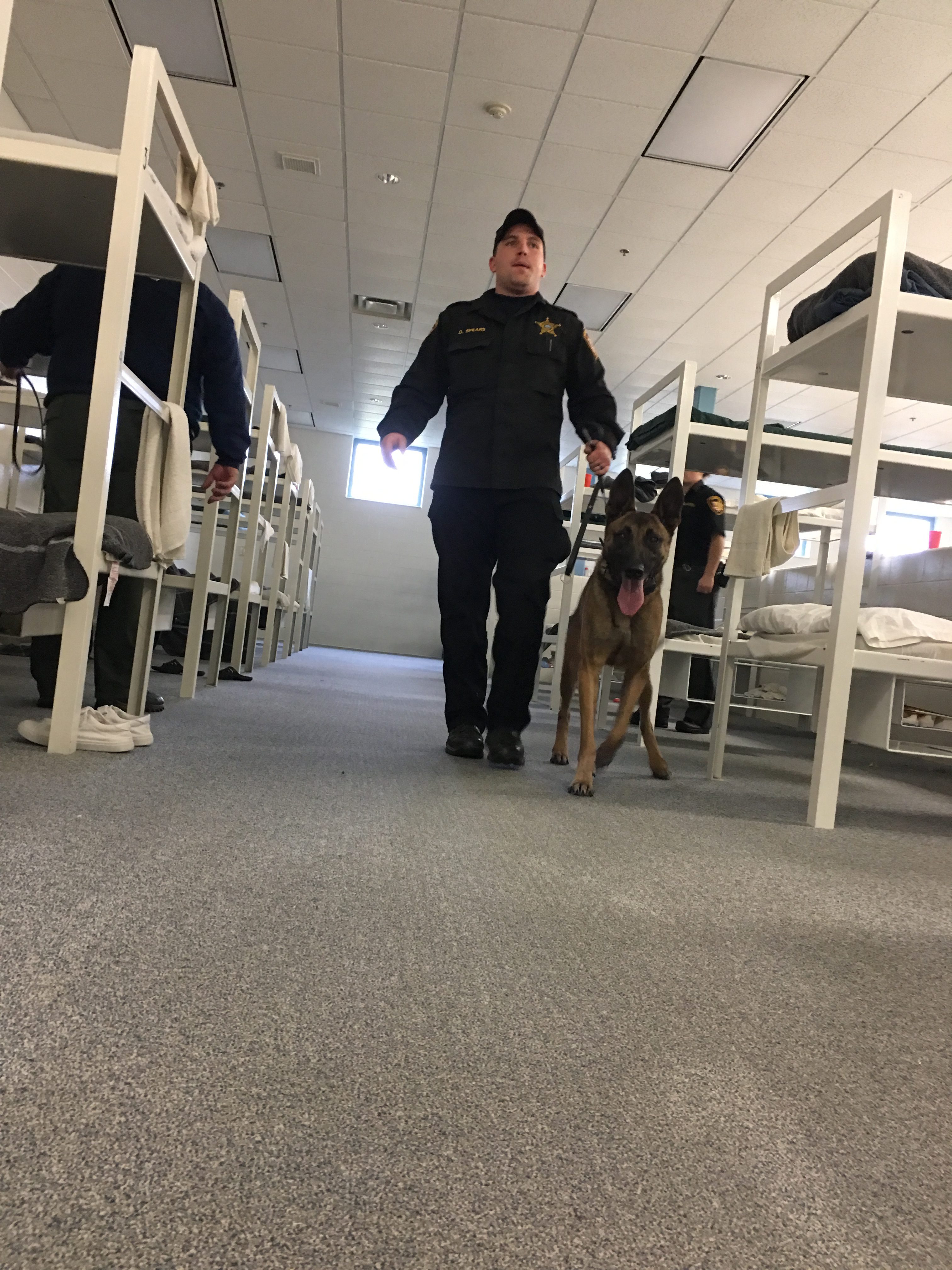 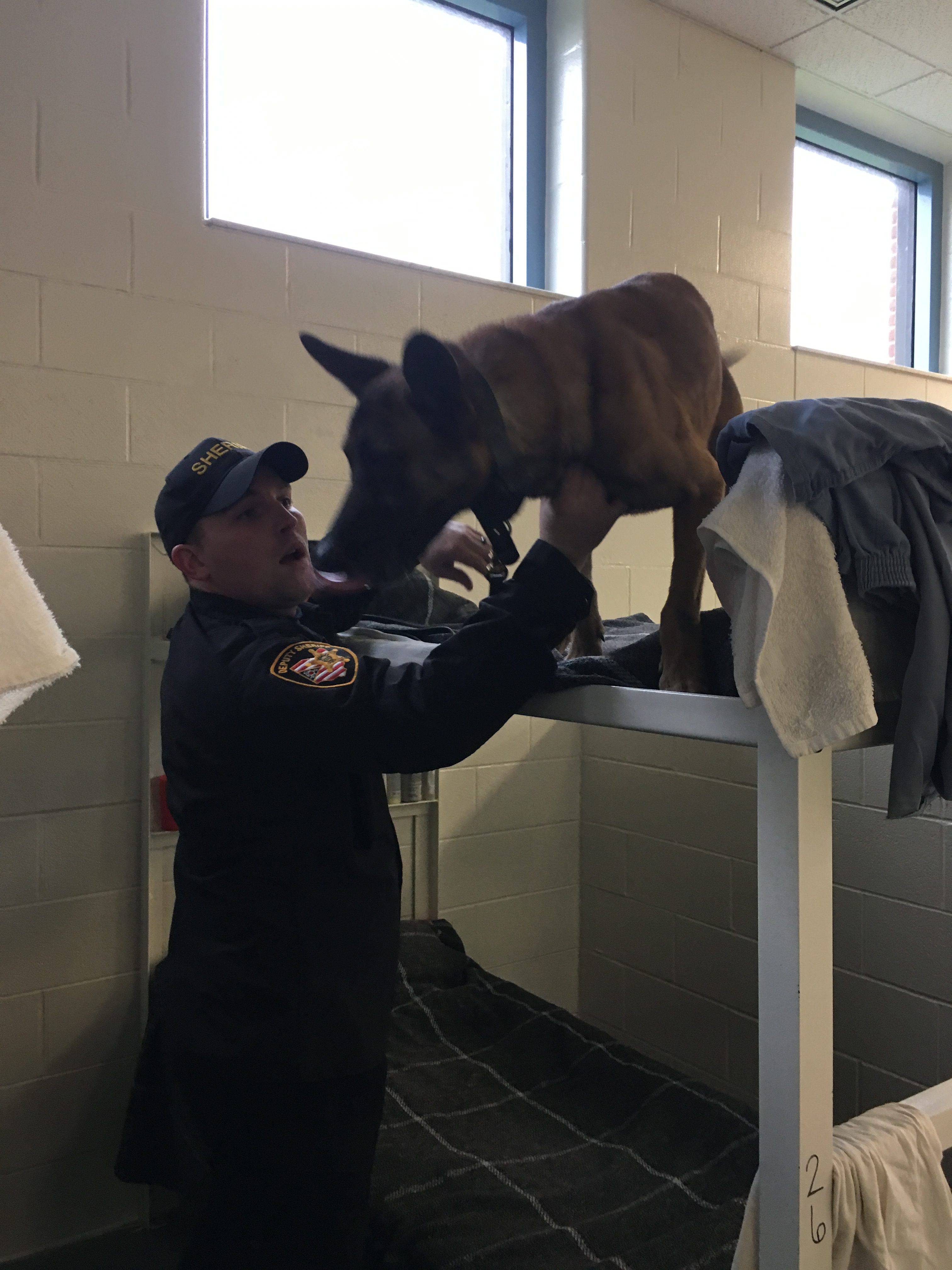 – No inmate rules violations or criminal charges were filed.