On 3/03/2022 at 2:11 pm, the Clermont County Communication Center received a 911 call reporting a male at 6181 Marathon Edenton Rd.  Wayne Township, had been shot. Road Patrol Deputies from the Clermont County Sheriff’s Office arrived on scene at 2:23 pm and located the victim, later identified as Dustin Carson, age 46, from Kentucky, lying unresponsive in the driveway of the residence.  Wayne Township Fire/EMS responded to the scene, however the victim had succumbed to his injuries and was pronounced deceased at the scene.

Detectives and the Crime Scene Unit from the Clermont County Sheriff’s Office responded to the scene for further investigation. The roommate of the deceased,  Daniel Underwood, was located at the scene and was identified as the person who called 911. Underwood was cooperative with detectives and forthcoming with details about the altercation which occurred at the property.

Underwood was transported to the Clermont County Sheriff’s Office Investigative Unit where he was interviewed by a detective.  Underwood explained that he was involved in a verbal dispute with the Carson, and confessed to shooting Carson during the dispute.

Daniel Underwood, age 50,  has been arrested and charged with one count of Aggravated Murder, a felony of the first degree. He is currently being held in the Clermont County Jail without bond.

Underwood is scheduled to appear at Clermont County Municipal Court on Friday March 4, 2022 at 10:00 am for his arraignment.

This investigation remains ongoing and will be reviewed in its entirety with the Clermont County Prosecutor’s Office for presentation to the Grand Jury for consideration of additional charges.

Any additional inquiries in reference to this investigation should be directed to the Clermont County Prosecutors Office at 732-7313. 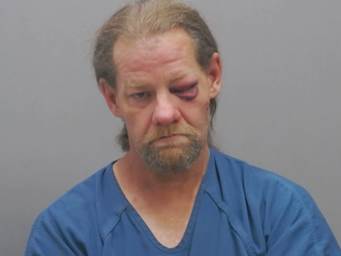