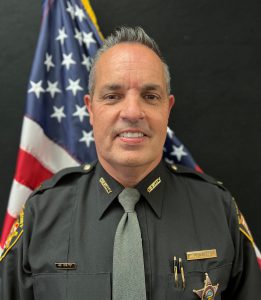 Lt. White began his career in 1992 as a Correction Officer for the Hamilton County Sheriff’s Office where he received his Ohio Police Officers Training Certification. In 1996 he returned to Clermont County to work for the Union Township Police Department where he served as a patrolman from 1996-2000.

In 2000 he was assigned to the investigative section and in 2005, was promoted to the rank of Sergeant, during which time he served as a Field Training Officer and managed the Union Township Honor Guard.  Lt. White is a graduate of the Southern Police Institute Administrative Officers course.  He also served as the large event coordinator for Union Township Police Department.

Lt. White has served since 2013 as a Crisis Negotiator Team Leader for the Clermont County Special Response Team and currently remains an active member.