On September 2, 2021 at 7:40pm, The Clermont County Communications Center received a 911 call from a resident in the 5600 block of Bucktown Rd., Jackson Township, reporting a shooting incident at his residence. Caller reported that he had been shot during a verbal dispute with a known subject. Deputies from the Clermont County Sheriff’s Office arrived on scene and discovered a male with a single gunshot to his right hand and were told that the suspect had fled the scene in a vehicle.

Stonelick Township EMS respond to the scene and transported the shooting victim, identified as Christopher Freeman, age 33,to Bethesda North Hospital at 8:07pm. Freeman’s injury were non-life threatening and he has been released from the hospital.

Sheriff’s Office Detectives and Crime Scene Unit responded to process the scene. A Detective responded and interviewed Freeman at Bethesda North Hospital. Freeman explained that he was involved in a heated verbal dispute with the suspect identified as Russell Bonham, age 46,  that turned physical.  Freeman alleges that Bonham brandished a firearm during the altercation and fired several shots at him, striking him once in the right hand.

Bonham fled the scene in a silver Saturn and has not been located. Bonham is wanted for questioning in this investigation.

Bonham currently has a Warrant on Indictment outstanding for his arrest out of Clermont County Common Pleas Court for Aggravated Possession of Drugs and Trafficking in Drugs, no bond.

Anyone with information on Bonham’s whereabouts is asked to contact the Clermont County Sheriff’s Office at 513-732-7510. Bonham should be considered to be armed and dangerous.

The investigation into this shooting remains ongoing. No charges have been filed related to this investigation. 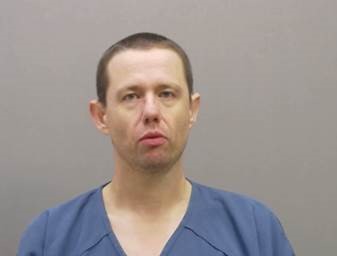