Clermont County Sheriff Robert S. Leahy reports a Miami Township woman has been indicted by the Clermont County Grand Jury for 3 counts related to her involvement in the trafficking of crystal methamphetamine.

On February 22, 2017, The Clermont County Narcotics Task Force launched an investigation following a fatal overdose, occurring at Ms. Unser’s residence in the 5700 block of Hilltop Way Miami Township. During the investigation, agents learned of Ms. Unser’s intention to travel to Dayton, Ohio to purchase crystal methamphetamine.

On March 10, 2017, Ms. Unser was stopped by a Clermont County deputy as she returned from Dayton. Agents suspected Unser of concealing methamphetamine in her body cavity. A subsequent search warrant resulted in the recovery of 26.5 grams of crystal methamphetamine from Unser, which she intended for distribution. Additionally, $838.00 in US currency was recovered from Unser’s vehicle. The Clermont County Narcotics Unit was assisted during this investigation by the Loveland Police Department and the Miami Township Police Department.

Unser is currently being held in the Clermont County Jail on a $75,000 bond. She is scheduled to appear for an arraignment in Clermont County Court at 10:00 AM on 3/22/17. This investigation into the trafficking of methamphetamine is ongoing. 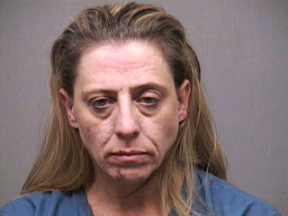