On March 3, 2020, at 9:57 am the Clermont County Communications Center received a 911 call from Gary Branam at 5504 Newtonsville Hutchinson Rd, reporting his grandson, a six-month-old male was unresponsive. At 10:17 am Stonelick EMS arrived and transported the child to Cincinnati Children’s Hospital. After the child was examined, hospital staff found that the child had a subdural brain bleed that required the child be admitted to the ICU for immediate treatment. Further examination revealed, the child had pre-existing fractures to the back of his skull and left side of his ribs which were healing and dated prior to March 3rd. Children’s Hospital Social Service Staff contacted the Sheriff’s Office Criminal Investigations Unit to report the child’s injuries. Detectives from the Sheriff’s Office responded to Children’s Hospital to interview the parents to attempt to determine the cause of the child’s injuries and where the child was at when he sustained the described injuries.

Sheriff’s patrol deputies, additional detectives and the Sheriff’s Crime Scene Unit responded to the parents’residence, located at 5504 Newtonsville Hutchinson Rd in Stonelick Township, where additional interviews of family members were conducted along with a search and processing of the residence.

Justin Steel, the child’s father, was interviewed by detectives from the Clermont County Sheriff’s Office and confessed to shaking the child on the morning or March 3rd, 2020  while at their residence on Newtonsville Hutchinson Rd.

Justin Steel was charged today with one count of Endangering Children, a felony of the second degree.

Steel was arrested and is currently being held in the Clermont County Jail without bond. He is scheduled to appear in Clermont County Municipal Court on March 10, 2020 at 10 am for his arraignment.

This investigation remains ongoing and will be reviewed in its entirety with the Clermont County Prosecutor’s Office for presentation to the Grand Jury.

Any additional inquires about this investigation should be directed to the Clermont County Prosecutors Office, specifically assistant prosecuting attorney Scott O’Reilly at 732-8177. 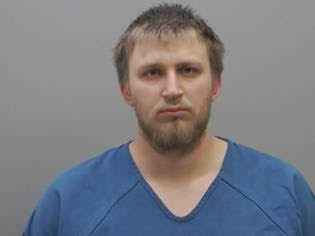