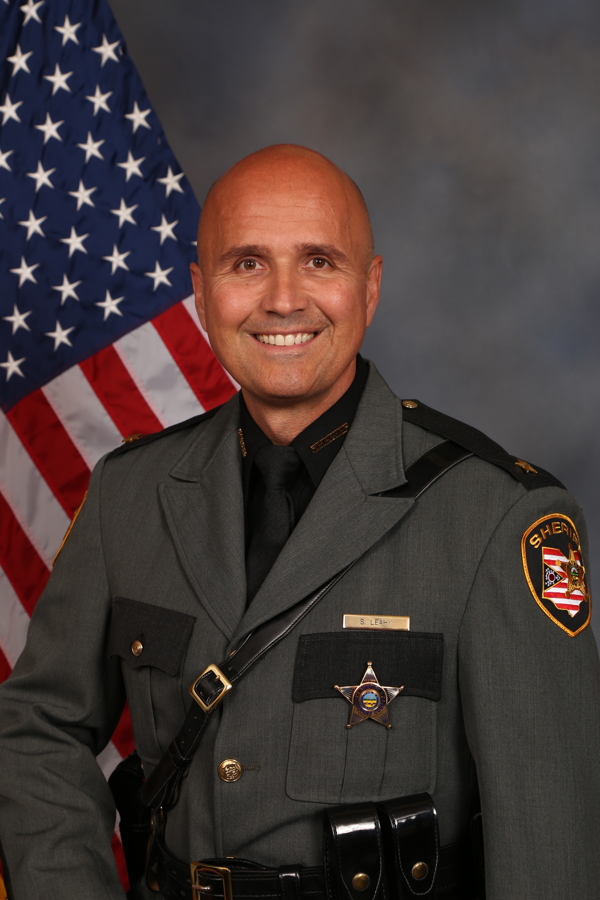 Sheriff Robert S.(Steve) Leahy began his career in law enforcement in 1991 as a road patrol deputy with the Clermont County Sheriff. After several years of experience on the road patrol, he was ready to move to a position as a deputy in investigations. In 1996 he was promoted to the rank of sergeant and moved back to the road patrol supervising deputies on night shift. During this time Steve was a founding member of the Sheriff’s Office Honor Guard and was the lead hostage negotiator for the Clermont County Special Response Team.

Late in 2015, he announced that he would be running for Sheriff in 2016 when it was announced that Sheriff Rodenberg would retire at the end of his fourth term.

Sheriff Leahy graduated from Eastern Kentucky University with a Bachelor’s Degree in Police Administration with a minor in Traffic Safety. After several years as a Patrol Sergeant, he continued his education and graduated from the Northwestern University School of Police Staff and Command and the Model-Netics Management course at the University of Cincinnati.