WASHINGTON TOWNSHIP MAN IN CUSTODY, CHARGED WITH FELONIOUS ASSAULT FOR STABBING HIS BROTHER.

On July 7, 2022 at 2:08 P.M. the Clermont County Communications Center received a 911 call from Jaime Fields, who advised her boyfriend Kristopher Holt had been stabbed in the back, arm and leg by his brother Larry Noble. The incident occurred at the family’s residence on Hazel Ally, in the Village of Moscow. Road Patrol deputies from the Clermont County Sheriff’s Office arrived on scene, located the assailant Larry Noble, who was applying pressure to his brothers wounds. Noble’s immediate statement to deputies was that he did not mean to stab his brother.

Deputies requested Washington Township EMS responded to the scene to render medical attention. Once EMS assessed the injuries sustained during the attack, Air Care was requested to respond.

At 2:53 P.M. Holt was transported via Air Care to the University of Cincinnati Medical Center for further treatment. Holt was coherent and responsive, however refused to make any statements to deputies at the scene.

Sheriff’s Office Detectives and Crime Scene Unit responded to interview witnesses and process the scene. Detectives interviewed Noble on scene and obtained a confession to the assault. Noble says he got into an argument with Holt over parenting his children. Detectives obtained a search warrant for the residence on Hazel Ally and recovered the knife used in the assault.

As of 6:00 P.M, Holt remains in stable condition at University Medical Center

Larry Shane Noble has been charged with one count of Felonious Assault, a felony of the second degree, and transported to the Clermont County Jail where he is currently being held without bond. Noble will appear for his bond hearing at 10:00 A.M. on July 8, 2022 at Clermont Municipal Court. 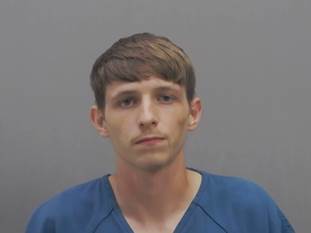