Beginning in January of 2017, Tate, Franklin, Monroe, and Washington Townships experienced a significant increase in residential burglaries and breaking & entering of detached garages. Property stolen from these residences include firearms, jewelry, various types of lawn equipment and power tools. The investigation identified several persons of interest to include Kevin Weber. Detectives interviewed Weber who admitted to committing several Burglary and Breaking & Entering offenses to support his heroin and methamphetamine addiction between June 2014 and May 2017.

Kevin Weber is currently incarcerated in the Clermont County Jail and is being held without bond.  Weber will appear in Clermont County Common Pleas Court on Friday, July 1, 2017, at 8:30 am for his arraignment. 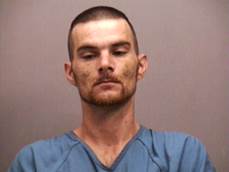